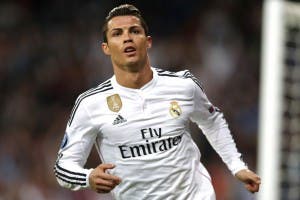 The chants were reportedly aimed at Christiano Ronaldo during the one minute silence held before the game to honour John Cryuff, the legendary Barca player who died last month.

StopLGBTfobia founder Franciscoo Ramirez released a statement calling for action to be taken against the abuse, which he says is still widespread on Spanish grounds.

“These lamentable and shameful actions are punishable under the Sport law of 2007,” he said.

“For years players and referees have often been insulted using homophobic terms, without there being any public or exemplary punishment. This ends up continuing the presence of homophobia in Spanish football.”

He added that Ronaldo has often been the target of homophobic slurs, and that its continuation is a stain on the sport.

La Liga released a statement saying it will send a report to the Spanish government’s committee against violence, racism, xenophobia and intolerance in sport.