In a move to bring Spain inline with Europe, Rajoy has announced plans to cut the working day by two hours by dropping the traditional three-hour lunch break.

In Rajoy’s plan the working day will end at 6pm.

A recent government report explained that cutting the siesta would raise the quality of life, raise the low birth rates and reduce marriage breakdowns.

It is thought that Rajoy is backing this proposal in an attempt to win votes in the upcoming general election in June. 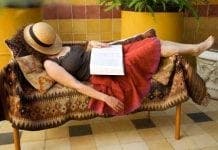