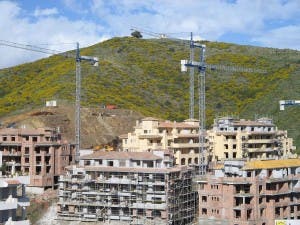 HOUSES are springing up in their thousands as Spain’s construction sector gets into full swing.

While building permits increased by 39% in January, the number issued specifically for flats rose by 48% compared to the same period last year.

In total 4,774 residential permits were granted this January, and 1,201 of those were for single family homes (a 20% year-on-year increase).

The good start to the year consolidates the recovery of building licences which began in 2014, ending seven years of negative growth.