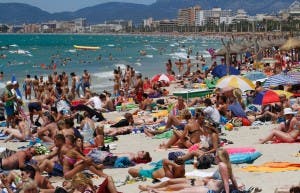 IT may not have a proper government, but Spain’s economic growth continues to outpace its neighbours.

Spain’s economy is predicted to grow by 2.7% this year, faster than Germany, France and Italy, despite the current political stasis, with tourism on the up after terrorist attacks elsewhere.

GDP expanded by 0.7% in the quarter of 2016, according to the latest data from Spain’s central bank.

“We don’t see a slowdown in the employment data.

“Retail sales are doing well and tourism is doing great. Consumer confidence has fallen a bit but is still near record levels.”