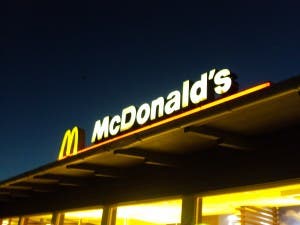 FRENCH tax officials have reportedly demanded €300 million from McDonald’s in ‘unpaid tax’ after a report which also said it dodged paying €68.5 million in Spain.

It stated the fast food joint owed the UK even more than Spain, €75 million.

Nadja Salson, from the European Federation of Public Service Unions, said: “The net is closing in on McDonald’s.”

France’s finance ministry estimated it had been underpaid by €200 million, but slapped on another €100 million as a penalty.