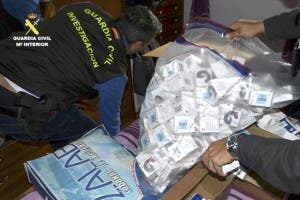 AN illegal medical practice in Cadiz has been shut down by the Guardia Civil.

Operation ‘PHARMAKIS’ saw eight people arrested, including doctors, a pharmacist and the directors.

The group is accused of falsifying documents and defrauding the Andalucian Health Services in a bid to illegally remove thousands of drugs.

Doctors at the inadequate practice allegedly added lists of medications to the social security documents of patients who later failed to turn up for appointments.

Alarm bells rang when three ‘patients’ ordered drugs to be sent to the pharmacy that were worth €20,000, despite the fact they did not live near the centre and that their age and conditions would have made it highly improbable that they could collect the medication.

A sweep of the proprietor’s home uncovered the health cards of 210 people, some of whom are now dead, while the practice had no hand-washing, sterilisation or removal of hazardous waste facilities.