A GIBRALTARIAN man with a ‘predilection for tying people up’ preyed on an underage girl from a troubled background, a Gibraltar Supreme Court jury has heard. 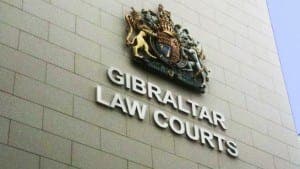 Darryll Martinez, 28, faces seven counts of sexual offences against two girls, who were aged 15 and 14 at the time.

He has pleaded not guilty to the charges.

An eight-person jury heard on Wednesday morning that Martinez, of Glacis Estate, met one of his alleged victims, Miss S, at her Gibraltar flat on February 4, 2012 where three counts of indecent assault, one count of sexual intercourse with a girl under 16 and one count of rape allegedly took place over the course of the weekend.

Miss S, who was described as ‘withdrawn and solitary’ and who had self-harmed, was allegedly tied to her bed by Martinez, who stayed in the flat that weekend.

Giving evidence, Miss S told the court:”I told him I felt uncomfortable. I told him I did not want it and I had just met him.”

The court heard Martinez said Miss S had told him she was ’16 going on 17′ and that any sexual activity between them was consensual.

Under cross-examination by Keith Azzopardi QC for the defence, as to whether she had told Mr Martinez she was 16, Miss S said ‘I made it clear I was 15’.

When a friend of Miss S came round to her flat around 11.30pm that night, the jury heard the friend asked Miss S if ‘you want me to ask Darryll to leave’.

Miss S replied that ‘I told him I did not want to put him [the friend] in that situation’ and Martinez stayed in the flat.

A friend of Miss S who slept in a single bed that was in the same room as Miss S’s double bed that night later told police in a statement that Miss S told Martinez to get into bed with her.

When asked by Azzopardi why she did not tell her flatmate what had happened Miss S replied ‘I was scared’, and that she ‘really do[es] not know’ If she told her flatmate she wanted to be alone with Martinez on Saturday afternoon.

The court also heard Miss S ‘thought it was a joke’ when she was tied up because she was tickled.

A second alleged victim, Miss A, came forward after Martinez was charged with offences against Miss S, alleging she too had been the victim of an attempted rape and indecent assault on a date unknown between September 2009 and September 2010.

It is alleged that Martinez took the girl, whom he had known for about a year, and some friends to his grandmother’s Glacis flat to show them his pet snake.

While in the flat, the court heard Martinez wanted to demonstrate tying a knot you couldn’t escape from and tied up Miss A and committed the alleged offences.

Martinez denies ever being alone with the alleged victim.

Ricky Rhoda, QC for the prosecution, told the jury that when Martinez was arrested by police he ‘seemed to think it was quite funny when he was being interviewed’.

“One striking similarity they [the two alleged victims have] is they have both been prepared to go to the police knowing they would have to go to court,” said Rhoda.

“Is it believable that two young girls would go to that length to frame this young man?”

Elena Gocmen Rueda - 24 Jan, 2022 @ 17:45
POLICE on the Rock are appealing for anyone who witnessed a blaze that damaged cars parked on Witham’s Road to come forward. One car was...