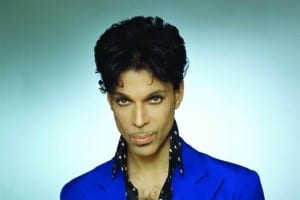 I WAS driving down from lunch at Castillo de Monda, listening to Uptown Funk and thinking how much the Mark Ronson/Bruno Mars song owed a debt to Prince.

I smiled to myself at the thought of The Purple One doing a wicked cover version.

But that can never be. When my girlfriend turned on Social Media back at her apartment, the Internet was ablaze with the news that Prince had died.

The death of Bowie in January shook me, but I was only five when Ziggy Stardust was wowing the world.

His music was the soundtrack to my adolescent years and crazy nights on the dance floors.

I remember rocking out to Purple Rain while drinking home-brew at a teenage house party in Stoke, where most of the boys were heavy metal fans (Prince could really shred a guitar). When I moved to Marbella in 1985, we spent hours watching the film of the same name on VHS and driving around to When Doves Cry, Raspberry Beret and the superb Kiss.

If you look back at the 80s you might think that it was all about Michael Jackson and Madonna but Prince kicked them both into touch.

He was a superb musician playing a mind-boggling variety of instruments. His songs were witty (Act your age not your shoe size), socially relevant (Sign O’ The Times, a bleak masterpiece) and he was still delivering the goods in live shows long after Jackson had moonwalked off the mortal coil and Madonna had become an embarrassment (like your drunken auntie twerking at a wedding).

Long before Christine Aguilera and Miley Cyrus made a carefully orchestrated bid for notoriety with their lyrics and videos, Prince was putting it out there with his own.

Tracks such as Gett Off, If I was your Girlfriend, Hot Thing and Darling Nikki made no bones about who, or what, Prince was referring to.

If you want to get down and dirty, then Prince was your man. Jackson’s cartoon crotch-grabbing was about as sexually-charged as a mannequin and as dangerous as a wet blanket.

But if you mentioned you liked Prince to your girlfriend’s parents in the ’80s, the probability was they wouldn’t let her be your girlfriend for much longer.

There was a Marbella connection to Prince as well.

He played a blistering concert here in 1990, and the town even gets a namecheck in one of his songs.

He bought a villa in El Paraiso in the ’90s, painted it purple (of course) and put his symbol on the facade.

He and wife, dancer Mayte, were occasionally seen at Olivia Valere’s nightclub.

Mayte was pregnant and Prince seemed intent on bringing up the baby in Marbella.

But the boy tragically died, Prince and Mayte split soon afterwards and he abandoned the villa, perhaps due to too many sad memories.

With the death of Prince the music world, hell the world in general, has lost a true genius. But we still have the wonderful music, and his Paisley Park studio reportedly still has a huge amount of unreleased material.

Grieve for the loss but give thanks that we had the sheer joy of such a talent in the first place. Then head over to the nearest stereo, put on your favourite Prince song and strutt your funky, sexy stuff, ya’ll.

It’s what Prince would have wanted.

“Dearly beloved, we are gathered here today to get through this thing called Life…”

House of the late Prince struggling to sell nine months on