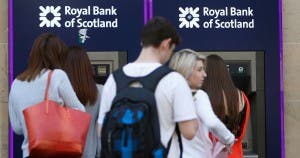 THE Royal Bank of Scotland and Natwest will stop offering mortgages to expats from May 19.

From then on, applicants must be resident in the UK in order to be eligible.

Many claim the banks are turning their backs on Britons abroad, but some experts have said new EU regulations on home loans, which took effect on March 21, have meant more work for lenders due to increased complexity of the process.

Mortgage broker Enness Private Clients said: “It is very disappointing to see yet another high street powerhouse turn its back on hard-working British expats.”

It added: “We suspect this is as much a function of too much business coming its way as a result of the steady stream of lenders closing their doors – probably compounded by the effects of the European mortgage credit directive in March.”

Some of the banks’ international divisions will still offer expat mortgages, alongside several UK private banks and a few building societies.