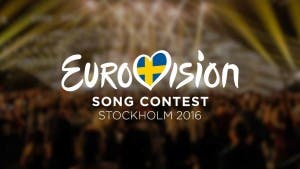 SPAIN´S Eurovision Song Contest entry will sing in English for the first time, and many are not happy about it.

Spain, who has not won since 1969, will hope to join the 26 other countries who have won singing in English.

Barei said English comes naturally to her when she writes her music: “It is much more international,” she said.

But director of the Royal Spanish Academy Dario Villanueva said the decision is proof of an “inferiority complex.”

n that Spanish is a language spoken by 500 million people, presenting a song in English is surprisingly stupid.”

“I understand that a country with a language that has a limited number of speakers would try to use a language known by many, but this is unacceptable,” he added.

Spain´s past entries also remain divided over the decision.

Edurne, who finished 21st last year, described the move as innovative and necessary to turn around Spain´s losing record.

But Remedios Amaya, who placed last in 1983, said the idea of singing in English “doesn´t even get into my head”, adding that the singer should be representing Spain not England.

English is the most successful language in the competition´s history with 26 victories, and this year only three of the 43 countries will have no lyrics in English.

The competition will conclude this Saturday in Stockholm.