IN his latest book, Mr Henderson’s Railway – Algeciras to Ronda by Train, expat author Nick Nutter retraces a feat of British engineering that would change the face of Andalucia…

By the late 19th century Gibraltar was isolated from the rest of Europe. The rough mule tracks, haunted by bandelleros, that composed the road network in south west Spain did not lendthemselves to comfortable or safe travel. Three men proposed a plan to solve the problem by extending the rail network in Spain as far as Gibraltar. The Spanish War Ministry would have none of it saying,

‘Spain will never consent to any line that wo uld connect the enemy territory of Gibraltar with the Spanish rail network.’

Undeterred, Captain Louis Lombard, John Morrison and Sir Alexander Henderson pressed on. They had a strategy in place.

The result was a feat of British engineering unequalled in Spain, a railway line from Algeciras to Ronda through some of the most rugged country in the Iberian peninsula. British steel, British rolling stock, British style countryside stations, even the point levers set in the platforms and the wrought iron canopy brackets were manufactured in Britain. Today the line is known as ‘Mr Henderson’s Railway’. 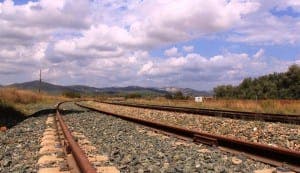 Algeciras was as close to Gibraltar as
the Spanish Government would allow a railway to extend. Our three heroes were ready to put part two of their cunning plan into operation. They obtained permission to build a pier at Algeciras and had Blackwood & Gordon Paisley and Port Glas gow Company build two steam paddle ships, the SS Elvira, built in 1982 and the PS Margarita in 1896.

Now the officers and ladies from the garrison at Gibraltar could be taken by steam ship to Algeciras where a short branch line ran from the pier to the railway station. 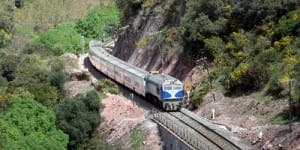 The Spanish had refused to allow the station to be built at the dockside because it would have been in range of another feat of British engineering, the 100 Ton Gun at Gibraltar. From Algeciras they could travel in splendid luxury to their favourite countryside retreats, Gaucin and Ronda, through scenery that is today still magnificent, orange groves, ravines and mountains alongside the raging torrent of the Rio Guadiaro.

Adding frisson to the experience was the chance to see the bandolleros, romanticised bandits who preyed on the unwary traveller passing through that inhospitable landscape. If not the bandolleros then they were almost certain to witness the activities of the contrabandistas who travelled on the slow moving train throwing their contraband, smuggled out of 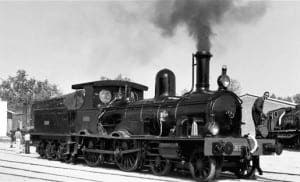 Gibraltar, out of the windows to confederates waiting alongside the track.

There was only one thing lacking. Suitable accommodation for those well healed genteel folk.

The Algeciras (Gibraltar) Railway Company was more than able to take on that challenge as well. They formed a subsidiary company, the Iberian and Mediterranean Hotels Company.

In 1901 the Hotel Reina Cristina, named after the Spanish Queen who ruled until Alfonso XIII came of age, was opened in Algeciras. Algeciras was promoted as ‘The New Winter Resort’ and the luxurious hotel became the place to stay.

Our trio thought of everything. They even realised that delicate British guests would not be happy to know that their water was from native supplies so they arranged for another British company, the Andalucia English Water Company, to pipe water to the hotel.

The hotel soon became the venue of choice for crowned heads of state, poets, authors, actresses and jazz singers. The Saturday afternoon tea dances became a social fixture for the Gibraltarians and the passengers from the P & O and Orient ships that called in at Gibraltar on their way to the

Suez Canal and all points east. In 1906 the hotel hosted the Conference of Algeciras. One of the guests was a thirty one year old Winston Churchill. 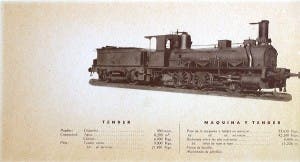 On a roll the Iberian and Mediterranean Hotels Company then built a second hotel at Ronda, the Hotel Reina Victoria.

The well born folk from Gibraltar could now travel from ‘The Rock’, an English enclave, to Algeciras in British built steamships, stay at an hotel where all things, including the water they bathed in were British, be transported in luxury by rail, British of course, to be cosseted at the end of the line in yet another British haven. Perish the thought that they should ever encounter a Spaniard, apart from those employed to fill their bath and serve their drinks.

Today you can travel the line, stay at the Reina Cristina at Algeciras; sadly the Saturday afternoon tea dance is no longer on the programme, and recuperate from the journey at the Hotel Reina Victoria in Ronda. On your travels luxuriate in the sybaritic splendour enjoyed by the Victorians and reflect on the privilege of being British.

Read the full story in ‘Mr Henderson’s Railway – Algeciras to Ronda by Train’ researched and written by Nick Nutter especially for the curious traveler.

Books are available now through Amazon and after the 13th May in English bookshops in Estepona and Sabinillas to be followed by other bookshops on the Costa del Sol.