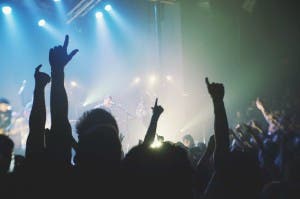 GREETINGS music lovers. This week I’d like to hark back to a previous column referencing local authorities and their persecution of small music venues, because in at least one case that’s not true.

The local authority in question is Granada which has just designated itself Ciudad del Rock (Rock City). It has a huge music scene out of all proportion to its size.

Some attribute it to the large university campus, others to the huge numbers of bars and restaurants, while yet more cite the romantic influence of the Alhambra and its Moorish past.

Whatever it is, Granada has produced more than its fair share of great bands and artists: Los Ángeles, Miguel Ríos, Los Planetas, 091, Lori Meyers, El Puchero del Hortelano, Lagartija Nick, and Niños Mutantes, to name a few, whilst the current crop of indie bands features Napoleon Solo, Estevez, Sonido Vegetal and many more.

The ‘brand’ Granada Ciudad del Rock was officially launched a couple of months ago. And amongst the initiatives is the GRX R & R, a rock route listing all the venues that regularly host live music – from small bars to legendary music clubs like Sala El Tren, Boogaclub and Planta Baja.

The city council will also be supporting music contests, battles of the bands events and many other projects to further develop the local music scene.

All-in-all, it’s a refreshing change from the stifling attitude of petty-minded bureaucrats to be found in too many other town and city councils. And for this, Granada City Hall deserves a standing ovation.