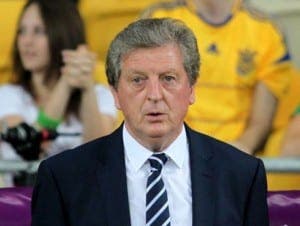 EURO 2016 is in full swing, and for many football fans around the world it’s the most thrilling event outside the World Cup.

For some, it’s even more meaningful because several European nations that can’t hope to compete in the World Cup any time soon get to try their luck against the titans of the sport. But at this summer’s Euro in Paris, one of the most intriguing sides is also one of the most popular around the world. England, having been in something of an international slump for years now, was expected by many to make a strong statement. The English have been bolstered by young talent, and a positive showing at Euro 2016 could have them viewed as a contender for the 2018 World Cup.

The English are notoriously slow starters in major international events, however, and that reputation unfortunately won out in their opening match against Russia at the Euro. Locked in a 0-0 contest but thoroughly outplaying the Russians, England took a lead in the 73rd minute on a free kick goal from Eric Dier. It looked like an opening victory, but in the 92nd minute England conceded a header that led to a disappointing 1-1 final. By no means is an opening draw a damning result, but England was seconds away from three points and would have become a strong favorite to top Group B.

But what is the outlook for the English now?

The betting platforms, which reflect both the likeliest outcomes and to some extent the public’s expectations, actually still favor England, which speaks to the side’s talent. The oddsmakers’ predictions for Euro 2016 still cite England as the fourth-likeliest team to reach the round of 16, as well as the fourth-likeliest to win the entire tournament. For both scenarios, France, Germany, and Spain are ahead of England, in that order. That essentially means that despite squandering an opening victory in stoppage time, England remains just a hair below the top three contenders in the eyes of the oddsmakers and perhaps the general public at large. That’s not a bad position given the disappointment of the Russia match.

As for their actual situation in the tournament, England still sits at second in Group B and would advance if the group stage ended today. Looking at the Euro group tables, Wales is out in front with three points after an opening win over Slovakia, while England and Russia of course have one point apiece. So even though the nature of the draw against Russia was disappointing, it’s important for English supporters not to lose perspective; a point in the opening match is generally considered to be a positive step toward advancing, unless it comes against a particularly weak club.

Where England could be in a spot of trouble is in the schedule moving forward. Right now, Slovakia looks to be the weakest side in the group, and Russia will play them next. That gives the Russians an opportunity to put the pressure on England with a win that would give them four points and put them atop the group on Wednesday. England will follow on Thursday with a match against Wales in which it feels like anything could happen. There’s little doubt that England is the superior side, but Wales looked convincing against Slovakia, and it’s been reported that Welsh superstar Gareth Bale has his sights set on England.

Frankly, there are still a lot of scenarios in play with just one match day in the books for Group B. But the best way to look at it for England supporters is really unchanged from before the tournament began. This is still a group that England should advance from, and perhaps win—but it’s not a collection of opponents that can be overlooked. The Russian result was a letdown but was far from devastating. However, it could be that the English still have their two most difficult matches in front of them.

Whether or not you believe England is in trouble, Group B is shaping up early on to be one of the more interesting groups in the tournament.