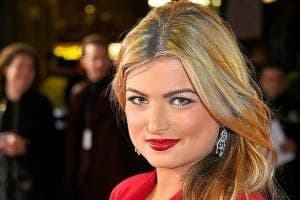 MISS Great Britain has been de-crowned after having sex on the reality TV show Love Island.

Zara Holland, 20, was stripped of her title after her on-screen intimate moment with 24-year-old Wolverhampton scaffolder Alex Bowen.

“We pride ourselves on promoting the positivity of pageants in modern society and this includes the promotion of a strong, positive female role model in our winners.

“The feedback we have received from pageant insiders and members of the general public is such that we cannot promote Zara as a positive role model moving forward.

“We wholly understand that everyone makes mistakes, but Zara, as an ambassador for Miss Great Britain, simply did not uphold the responsibility expected of the title.”

But some viewers, including the show’s host Caroline Flack, feel the organisation is ‘living in the dark ages’.

The 36-year-old host said in a tweet: “Feel even more sorry for Zara now she’s been de-crowned. She’s a very sweet girl . What even is ‘Miss GB’ ? Are we living in the dark ages?”

Others complained that the organisation were guilty of feeding the double standard, where ‘men are patted on the back after a romp’ but women are shamed.

The organisation later tweeted: “To be clear we have no problem at all with sex-it is perfectly natural. We simply can’t condone what happened on national TV.”

Zara admitted regretting the incident on Thursday night’s show, saying to cameras: “You know when you’re in the moment and it just happens. That’s really not like me at all. Why couldn’t we have just gone to sleep?”

She will be replaced by runner-up and Miss North Lanarkshire Deone Robertson, who will now compete in the Miss World competition.

Love Island is filmed in Majorca and is a dating reality show between members of the public.