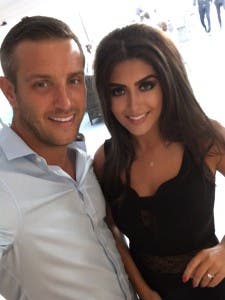 Mr. Wright starred on the popular British reality show The Only Way is Essex from 2013 to 2015 and now owns the acclaimed Mijas restaurant, Olivia’s Restaurant.

Wright announced the engagement on Twitter and was overjoyed that Ms. Stuart accepted his proposal.