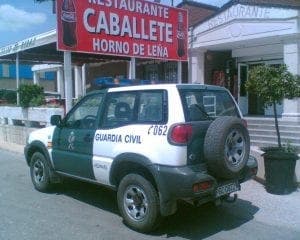 A POLICE chief has been arrested in connection with a Costa del Sol drug trafficking ring.

The boss of the Coin Guardia Civil cuartel is being grilled over alleged drug smuggling, forgery, bribery, robberies and disclosure of police secrets.

The extensive operation, dubbed ‘Pharisee’, has already seen the arrest of 20 suspects, three of whom were Guardia Civil officers working on the case.

As well as smuggling marijuana and cocaine, the group is thought to have used official police warrants to raid private properties, detaining its residents before stealing their drugs and possessions.