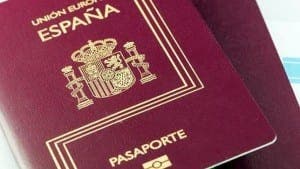 FOLLOWING Britain’s vote to leave the European Union, some have suggested that expats claim Spanish nationality in protest. The uncertain impact of Brexit on expats has others also considering Spanish citizenship.

In order to ‘become Spanish’ you will need to do the following:

– Give up your British nationality and passport to become a British citizen.

– You can apply to become a naturalised Spanish citizen after you’ve lived in Spain for an uninterrupted ten years prior to the application. There are a few exemptions. Refugees in Spain only have to wait for five years before applying and nationals from Spanish-American countries wait only two.

– You will need to speak Spanish.  Applicants must prove ‘good citizenship’ and a ‘sufficient’ degree of integration into Spanish society, for example, taking part in social activities that are part of the Spanish way of life.

– Those applying for residency in Spain may be required to produce evidence of sufficient financial means to support themselves. You may also be asked for proof of private or public healthcare insurance.

– Applications must be submitted to the Civil Registry where you live in Spain. Once you have been approved, you have to swear your loyalty to the King and promise to obey the Spanish constitution and laws.

– You can also acquire Spanish nationality through marriage, if you have been married to a Spaniard for at least one year, or by having Spanish parents.