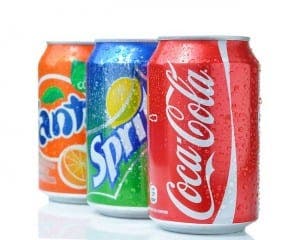 SPAIN is the fourth highest fizzy drink consumer in the world, guzzling down €16.2 million’s worth each year.

A study by the Constanza Business & Protocol School found the country spends 1.6% of its GDP on soda, consuming 14,471 million litres annually.

It equates to every Spanish consumer spending €349.57 a year on soda, the equivalent of drinking 945 cans.

The US remains the world’s largest soda consumer.