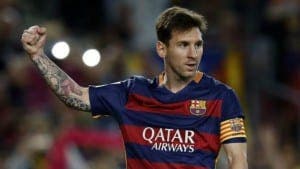 LIONEL MESSI has been handed a 21 month jail term for tax evasion following his trial in Spain.

Dad Jorge Messi was also handed a jail term after their Barcelona trial which accused the pair of defrauding Spain of €4.1m between 2007 and 2009.

They also face millions of euros in fines after it was discovered they had used tax havens in Belize and Uruguay to conceal earnings from image rights.

The pair are unlikely to see the inside of a cell, however, as prison terms under two years in Spain can be served under probation.

They were both found guilty of tax evasion on Wednesday by the Barcelona court.

Lionel had claimed he knew nothing about hte management affairs, adding that his father managed everything.