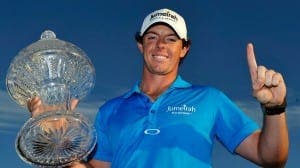 SERGIO GARCIA has announced he will play at the Rio Olympics after fears over the Zika virus caused a roster of top players to drop out.

Irish golfing star Rory McIlroy has announced he will miss the games, due to start in August, alongside March Leishman of Australia and Fiji’s Vijay Singh.

World number one Jason Day is the latest to withdraw, citing ‘potential risks to my wife’s future pregnancies’.

However, Spanish star Garcia said: “I obviously have some worries and I am not going to lie about them.

“There are some security issues there that I would like to be taken care of and the Zika virus is causing a few problems but I don’t have immediate plans of having a family with my girlfriend.”

Zika, a mosquito-borne virus linked to severe birth defects, has cast a cloud over preparations for the Summer Games.

World number four McIlroy said: “After speaking with those closest to me, I’ve come to realise that my health and my family’s health comes before anything else.”

“Even though the risk of infection from the Zika virus is considered low, it is a risk nonetheless, and a risk I am unwilling to take.”

Spain’s Miguel Angel Jimenez has also ruled himself out of the Olympics to focus on other events.