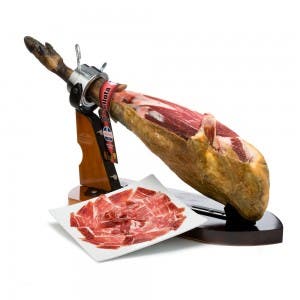 The party claims hundreds of thousands of hams are being frozen each year in a bid to keep their numbers scarce and their prices high.

This is despite a law being passed two years ago which does not list freezing among the stages of production.

Party leaders say it is unfair that consumers are missing out on lower prices, and that the law does not require hams to be labelled as having been frozen, before or after curing.

While experts believe the freezing of the product does not affect its quality for consumers, Ciudadanos leaders are still concerned of the effects.

They are demanding labeling requirements that include mandatory disclosure of the fact that a ham has been frozen and thawed prior to processing.

Jamon prices, depending on the brand, can vary from €20 a pound to more than €100 a pound.

It is one of Spain’s most famous food exports, and continues to grow in notoriety around the world.