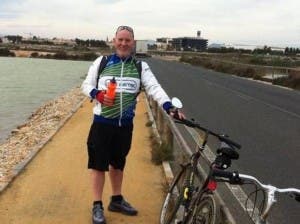 A Spanish GP prescribed Nolotil to the 66-year-old man from Mullingar in February.

In April, he fell ill, had a very low white blood cell count and eventually died from septic shock.

Nolotil is a brand of the anti-inflammatory drug metamizole.

Metamizole is known to cause severe side effects. The drug is banned in Ireland and the US, among other countries, and is only available through prescription in Spain.

In a 2005 report by the World Health Organization, the US Food and Drug Administration detailed the reason for the drug’s ban: “An analgesic, antipyretic drug, found to be effective at reducing fever but withdrawn from the market and prohibited for export… on the basis of reports of agranulocytosis, a sometimes fatal blood condition, associated with its use… In its decision, the FDA cited the availability of effective orally administered drug products… and concluded that the risks associated with this drug far outweigh any benefit.”

The drug goes by many brand names, and anyone, especially those on holiday, should take extreme caution in what drugs they consume.