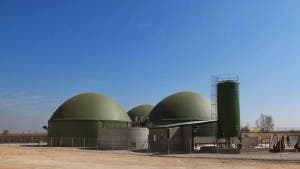 A NEW €3.7 million biogas plant which converts manure into energy has begun operating in Andalucia.

Based in Campillos and the first of its kind in the region, the plant converts livestock manure from pigs, goats, chickens and turkeys into thermal and electric energy.

It has the capacity to handle around 60,000 tonnes of manure each year, which can produce up to 16 million KwH of electricity and reduce CO2 emissions by 13,000 tonnes.

Giesa Agroenergia say they see the potential to build thousands more across Spain.

Energy plant in Granada to transform toxic waste into electricity