THE international media empire of Stanley Byron Israel has hit the buffers.

Two of his companies Sunsearch Media Group and Simply Media Group are bankrupt, owing tens of thousands of euros.

Meanwhile, his newspaper Weekend World has failed to come out for nearly two months, while he is facing yet another court case this month from unpaid staff.

According to the government’s Boletin Oficial del Registro Mercantil, the two Malaga-based companies are in ‘insolvency’, owing at least €40,806 and €8,161 respectively in interest plus costs.

This does not include unpaid staff or printing bills, which are likely to amount to tens of thousands more.

Two printers told the Olive Press, this week, that they were owed well over €30,000 between them and both cases were in the hands of lawyers, with one in Estepona court.

“It is a total disgrace what he has done to me and my company,” said one of them, who asked to remain anonymous. “I have paid €4,000 in IVA alone and am well out of pocket.

“I will now have to spend years getting a ruling, by which time he will have probably vanished.”

A big fan of the glamorous Costa del Sol lifestyle, he has just launched a new product, a glossy magazine, under the name Luxury Living.

Declaring itself an official publication of the private estate of Sotogrande with its official logo on the cover, it has adverts from companies including Rolls-Royce, Etihad airways and Harrods.

With a welcome letter from Israel, it is ‘on sale’ in dozens of countries around the world, including Malaysia, Taiwan and Brazil.

Oddly it is being given away free in various places on the coast – and in Gibraltar – with no attempt to charge for it.

The big difference however is the company publishing it.

It is operating under the name Press Prefer Publishing SL – a new company registered under Israel’s girlfriend Lisa Brown.

Israel already has a checkered history in publishing both in the UK and in Spain.

He was ordered to pay €2,800 to a former sales boss by a Malaga court last year, after being liable for not paying her for two months.

Other members of staff have told the Olive Press they are launching legal action.
Israel was unavailable for comment as we went to press. 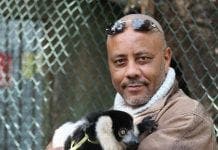 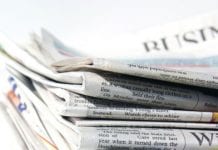 OPINION: Stan Israel’s conduct must be reported on 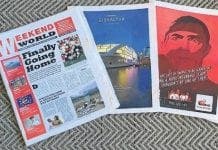