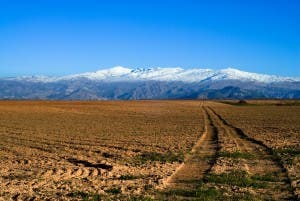 THE Sierra Nevada has had an influx of tourists this summer, without a snowflake in sight.

From June 25 to September 4, some 42,000 visitors flew into the mountain range above Granada, pumping a sizeable amount of money into the area.

Indeed, summer thrill seekers are estimated to have spent around €8 million in local hotels, restaurants and businesses.

Minister of tourism Francisco Javier Fernandez praised the entrepreneurial nouse of local businesses for evolving from the busy winter season to the usually less-frequented summer season.

“The goal is that the Sierra Nevada is closed for the shortest possible time so that it can continue generating wealth and employment,” he said. “In this sense, it has evolved into an all-year market through our ‘seasonal adjustment plan’, which has allowed the Sierra Nevada to attract an increasing number of visitors every summer since 2010.”

The minister also highlighted a 40% increase in summer activities, which was ‘especially visible’ at the new bike park.

Bird watching and mountain hiking is also on the up in the region with the ministry of environment support the tourist industry plans.