NAIRO Quintana has admitted he ‘suffered’ after holding off Team Sky’s Chris Froome to win the Vuelta a Espana. 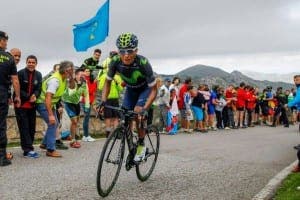 , battled his way to victory in the crucial final Saturday stage between Benidorm and Alto de Aitana.

But the day before, Froome had sliced two minutes off Quintana’s lead with a dynamic time trial victory.

“I want to congratulate him. He is a great rival,” Quintana, 26, said.

“He had a great time trial and he made me suffer. Riding against the greats like Froome and Alberto Contador gives this win so much more importance.”

24-hour cycling challenge in Gibraltar raises over £1,000 for charity