ONE of the coast’s genuine stars has faded out.

San Pedro legend Albert Benisty has passed away at the age of 63.

Born in Morocco in 1953, Albert dreamt of being a chef from the age of 15 and went to Sweden for his first bout of training.

He returned to Marbella in the 1980s to work at his parents famous restaurant Casa David.

He had soon taken the reins with his brother Simon, before going on to earn Andalucia’s second ever Michelin star at Marbella’s Le Souffle in 1987.

He became one of Andalucia’s most famous chefs abroad, working with the Chaine des Eurotoques Rotisseure, an international cooking collective, that allowed him to mix with the world’s best chefs.

It was while mixing with the likes of Bocuse, Troisgros and Ferran Adria, that he came up with plenty of his own original dishes, always though with true French panache.

His good humour and talent will be sorely missed at his restaurant Albert y Simon, which remains open with his daughter Deborah and son David – both chefs – at the helm. 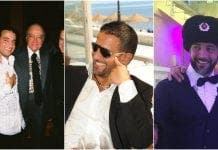 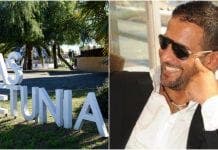