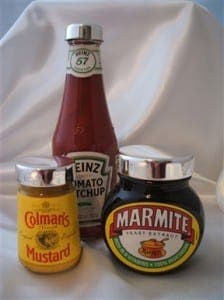 THE falling pound has boosted trade in Gibraltar as Spaniards flock to the Rock in search of bargains.

As the pound slumps to a 168-year low, bargains are to be had for those paid in euros across the border.

“A devalued pound is good for Gibraltarian exports, so from the point of view of the public finances of Gibraltar we are not doing badly,” Picardo said.

“You’ll see there will be a lot of products sold in Gibraltar, we see more Spaniards come into Gibraltar to buy things.

“I tend to go shopping with my family on a Saturday afternoon to the local supermarkets, and we are seeing a lot of Spanish couples coming in to buy curios in Gibraltar they might otherwise not have been interested in purchasing. Their euros go much further.”

Among popular products flying off the shelves are tomato ketchup, Marmite and other British goods that still sell at a costly price in Spain.