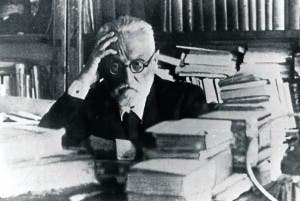 IT’S October 12, 1936 – Columbus Day – and Spain’s top brass are gathered in the great hall of Salamanca University – within a hundred yards of Franco’s headquarters – to hear its 72-year-old Dean deliver his National Day address.

Miguel de Unamuno is a great orator, known to be outspoken. But he is considered to be a Franco supporter so nothing untoward is expected, especially on this day, in front of such an audience.

Outside, the three-month-old Spanish Civil War rages on. Inside, the atmosphere is taut.
“Viva la Muerte!” — Long Live Death!”, General Astray shouts, his grotesque mutilations and black eye patch lending a sinister appearance as he damns Spain’s Republicans.
Ranks of stiff-armed fascist salutes and cries of ‘Franco, Franco’ fill the room.
All eyes turn towards Unamuno as he slowly rises…

Dauntingly articulate, the Basque-born author, philosopher, playwright, poet and professor of Greek was the central figure in Spain’s intellectual life at that time.

His political beliefs had already landed him in hot water in 1924, when the dictator General Miguel Primo de Rivera overthrew the government and Unamuno published articles criticising the new regime.

His punishment was exile to Fuerteventura in the Canary Islands – the Island of Wind in Manuel Menchón’s new film, screening at Spanish cinemas this autumn – where he remained until the dictator was toppled.

By 1936, Spain’s deep political and social divisions had fractured into all-out conflict. Unamuno had initially supported Franco’s July military uprising. But three months on, he had become sickened with the slaughter it had unleashed.

The audience assembled at the University of Salamanca that October morning knew nothing of this change of heart. Most had come to praise the war’s chief architect, General Franco.

All eyes turned to Unamuno as he began to speak.

“All of you are hanging on my words,” he said. “At times, to be silent is to lie. For silence can be interpreted as acquiescence.

“I want, however, to comment on the speech — to give it that name — of General Millán Astray.

“Just now, I heard a necrophilic and senseless cry, ‘Long live Death!’ This outlandish paradox is repellent to me.

“General Millan Astray is a cripple. Let it be said without any slighting undertone. He is a war invalid. So was Cervantes. But extremes do not make the rule: they escape it.

Unfortunately, there are all too many cripples in Spain now. And soon, there will be even more of them if God does not come to our aid.

“It pains me to think that General Millán Astray should dictate the pattern of mass psychology.

“That would be appalling. A cripple who lacks the spiritual greatness of Cervantes — a man, not a superman, virile and complete, in spite of his mutilations — a cripple, I said, who lacks that loftiness of mind, is wont to seek ominous relief in causing mutilation around him. 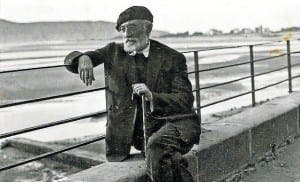 “Because he is unpopular, General Millán Astray would like to create Spain anew — a negative creation — in his own image and likeness. And for that reason he wishes to see Spain crippled, as he unwittingly made clear.”

The room listened in stunned silence to this astonishing verbal assault. But the glowering Astray could restrain himself no longer. ‘DEATH TO INTELLECTUALS!! DOWN WITH INTELLIGENCE’” he yelled.

Others, incensed at Unamuno’s defiance, piled in. “Down with false intellectuals! Traitors!’ shouted José Maria Pemán, a right-wing journalist from Cadiz.

Arguments broke out in the audience. Academics formed a protective shield round Unamuno. Blue Shirt guards rallied alongside the humiliated Astray.

“This is the temple of intellect and I am its high priest!” It is you who are profaning its sacred precincts.

“I have always, whatever the proverb may say, been a prophet in my own land.

And in order to persuade you would need what you lack — reason and right in the struggle.

“I consider it futile to exhort you to think of Spain. I have finished.”

It was a remarkable oration. Unamuno was quickly led from the room by fellow professor, Don Esteban Madruga. On his other arm, an ashen-faced Carmen Polo do Franco left in stunned silence.

News soon found its way to Franco, who wanted Unamuno shot for his insolence. But fears his execution would spark international outrage led to him being placed under house arrest.

The Salamanca speech was Unamuno’s last public address. He died of a haemorrhage on New Year’s Eve, 1936.

But 80 years on, the courage of his words stand as testament to the might of reason.