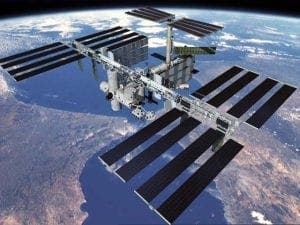 A SPANISH tech firm has announced plans to send tourists to space within the next two years.

Zero2Infinity has said it will use the same technology used in helium weather balloons to float its clients to the edge of space.

The trip will set you back €110,000, but CEO Jose Mariano Lopez-Urdiales thinks there is a big market for space tourism.

“We are solving the problem with space access in a totally different way. We’re getting outside of the atmosphere using cheap, clean, high-altitude balloons — a technology that is well-understood and mature,” he said.

“Some people want to provide connectivity so we will launch their satellites.

“Some people want to get married up there, so we will send them on a ride and the captain of the ship will marry them.”

Lopez-Urdiales has said he will most likely launch the flights from Dubai, where there will probably be more people willing to splash a small fortune for the flight.

The journey will take passengers 40km into the air inside futuristic pods, offering unparalleled views of the curvature of the Earth.

Cristina Hodgson - 24 Jan, 2022 @ 08:45
THE massive whale which was found dead last week in Estepona may have died as a result of ingesting plastic, an expert has revealed. The...