I’VE been suffering from a bad case of writer’s block recently.

It’s the one thing that all writers dread and, without sounding like one of those public information leaflets on mumps, measles and other unexpected diseases, it can strike without warning.

The late, great Douglas Adams, he of the Hitchikers Guide to the Galaxy fame had the luxury of quoting “I love deadlines. I love the whooshing sound as they fly past”.

But for normal writers (and if that’s not an oxymoron then I don’t know what is) the ominous distant rumble of a fast approaching deadline and a sudden inability to put pen to paper, can produce more fear than the prospect of yet another Marbs reality TV show. 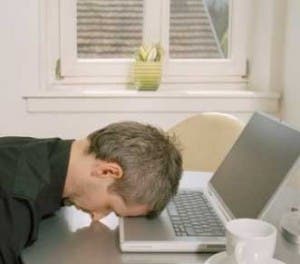 There is nothing more frustrating than staring at a blank computer screen, willing the words to magically appear.

You can, of course, adopt the JD Salinger approach, write one era defining novel and then majestically fade into the background.

Writers with bills to pay and food for the cat to be purchased, however, cannot afford this luxury.

And all the time the blank page before you grows to the size of a tablecloth. The grey laptop screen seems to hum with malignity.

Although Hemingway probably tried to cure his malady with rum as he did with most things before finally blowing his brains out with a shotgun. Which is somewhat of an extreme way to combat the affliction.

Deciding against the gun cabinet option (and the Rum option as well), I decided to google ‘writer’s block’. A variety of options presented themselves, among them, ‘going for a walk’ – not an option after dark as I spotted a large boar on the track last week.

Having run over and killed one a few years back I really don’t fancy venturing out and becoming a victim of boar karma.

The other piece of advice was to go through your books and magazines for inspiration. If you have a library like mine this is very bad advice as you’ll find yourself wasting the afternoon pouring over an article you wrote in the mid 90s about the Sony Playstation or Oasis.

Other options are – keep a notebook, write as though sending a letter to a friend, go to the gym, eat apples in the bath (Agatha Christie’s recommendation for kick-starting the imagination) and start writing in the middle of your story. None has been proved to work.

Of course, the easy option to conquer writer’s block, is to write an article about writer’s block. But that displays a singular lack of imagination.

Alex Trelinski - 26 Jan, 2022 @ 12:04
A Costa Blanca mayoral couple at the centre of a vaccine queue-jumping scandal are self-isolating after catching COVID-19 The PSOE mayors of El Verger and...