THE food revolution that made Spain famous around the world has well and truly come south.

With the country topping the world restaurant lists these days – usually more than France – it was perhaps inevitable that Andalucia would finally catch up.

While some distance from the creative heartland of Catalonia and the Basque region, Andalucia is the home of most of Spain’s best ingredients.

It is no wonder the Moors described the region as ‘a paradise’ on conquering al-Andalus in the 8th century. And their legacy still lives on today in the water courses (acequias) they dug and the terraces they created to grow crops and trees.

There is little doubt, as long as there is rain you can grow almost anything in Andalucia.

From mangoes to avocados and from artichokes to oranges, the quality is unbeatable. 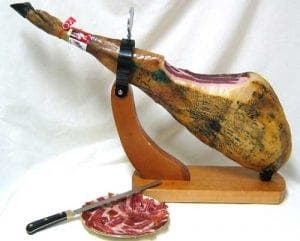 And then we have the best ham in the world – the celebrated Jamon Iberico – from Aracena. Not to mention some of Spain’s best cheeses from Ronda and Grazalema, for example.

And what about vino? Aside from the amazing sherries from Jerez – probably the world’s best fortified wines – you have muscatels from Malaga, and amazing reds in Granada and Ronda.

Having written about the region for two decades, I have seen some huge changes.

While I used to struggle to find a handful of good places to eat, there is now somewhere good to eat in almost every town.

Even some of the most remote villages – such as Algarinejo, in Granada, and Linares de la Sierra, in Huelva – have top class eateries.

The change has been so fast that the mainstream guides, such as Michelin or Gourmetour, have quite struggled to keep up.

It is for this reason that I decided to launch this website, a nearly five-year trawl of Andalucia, aiming to get an even spread across the whole region.

While the bulk are in Malaga province reflecting where the the majority of tourists flock, the whole of Andalucia is one big dining room these days. If you know where to look.

Refusing to copy styles from up north, most of the region’s chefs have remained defiantly Andaluz, using local ingredients and adapting classic local dishes such as ajo blanco, porra and rabo de toro.

As Marbella’s leading chef Dani Garcia, told me: “Things are changing so fast in Andalucia. Of course we have all learnt a lot from Ferran Adria and Arzak, but we have developed our very own style. Confidence is high and in Andalucia we have everything we need to have the best restaurants in the world.”

What is clear is how hard chefs are working to ensure quality ingredients the customer is now demanding. They now accept that green vegetables, and salads – with more than just tinned asparagus and sweetcorn – are the norm.

I know one restauranteur, who takes a two-hour journey practically every day to personally select his fish from Cadiz, while others have their own vegetable gardens.

At El Faro in El Puerto de Santa Maria, chef Fernando Cordoba  is so enthusiastic about his prize artichokes he insisted on taking me on a personal tour of his wonderful vegetable garden, that at various times of the year provides up to half his ingredients.

Nearby at Aponiente, one of Spain’s best fish restaurant, genius Angel Leon discovered that the only way to land the unfashionable, unendangered fish he wanted – having stopped buying tuna and cod – was to lease his own fishing boat.

Also exciting is the huge growth of the organic sector, with thousands of organic producers, who understand the importance of pesticide-free produce.

Going mostly on the quality of food, diningsecretsofandalucia.com also however looks out for those places that had a certain je ne sais quoi?

Whether in terms of ambience, brilliant wines, al fresco dining, we have found loads.

Even a number of cheap local ‘ventas’, as they are called, make it in.

And that is the beauty of this site. It has no bounds and we personally check, select and vet the restaurants that go in.

Log in and use it with your tablet, smart phone or laptop. Try the interactive map, enjoy the articles and reviews… and, above all, write your own reviews and send us your feedback.

Dining Secrets of Andalucia’s not so secret supporters