A NEW €300 million luxury hotel is coming to Marbella. 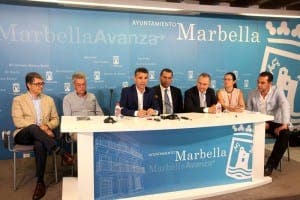 It is expected to be open year-round from summer 2019 and is penned to create 1,000 stable jobs.

Spanning over 151,000 square metres, the firm acquired the land for €50 million last year and has reached an agreement with the town hall to develop it.

The terms state that the buildings can be no taller than four storeys high and the surrounding areas must include gardens and roads.

The area is described as one of the coast’s most important ecological zones, with the preservation of the dunes a crucial part of the project.

The developers are collaborating with the Pro-Dunas organisation, which won the Andalucian Environment Prize in 2012 and has played a key role in Marbella’s dunes being declared an ecological reserve.

It is not yet known which hotel chain will bag the coveted contract, but building works will begin next summer.