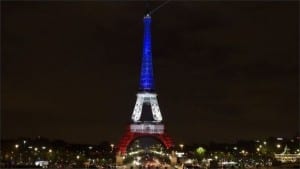 SPANISH police have arrested four ‘dangerous terrorists’ suspected of having links to the Paris attacks.

Accused of smuggling arms and jihadists from the Middle-East into Europe, the men are now being held at prison’s in Almeria and Galicia following two temperate raids.

They are believed to have been in communication with two of the suspected gunmen arrested in connection to the attacks that killed 130 people in Paris.

The men are believed to be Algerian and Moroccan nationals with links to ISIS.

Cristina Hodgson - 25 May, 2022 @ 09:30
A THREE-year-old girl has died after a supermarket locker toppled over and fatally hit her on the head. The tragic incident took place yesterday afternoon,...