A SPANISH dentist has come under fire after dropping a three-centimetre spike down a patient’s throat. 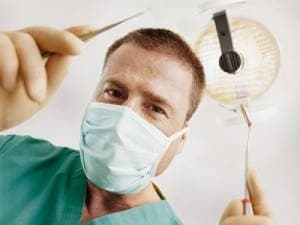 Brit Vanessa Snary, 29, began to choke during a root canal operation after Dr Ester Torrejimeno dropped a pin file during the procedure.

Slipping down her throat, X-rays later showed that the tool had pierced her upper stomach.

The former helpdesk manager has now slammed the dental surgery in Bristol for not offering her a mouth guard.

“Five or six members of staff were called in and just watched me choke on it.

“Then my body pushed it down and it reached my stomach. Nobody at this point had called for an ambulance.”

Indeed, Torrejimeno insisted on driving the patient to hospital herself rather than calling an ambulance.

Left with stomach and voice box injuries, Snary also claims that she lost her job after going off sick from work.

Torrejimeno has since apologised for the ‘unfortunate incident’ and even sent Snary a card and flowers after the surgery at Smile Pad’s Oldbury Court Dental Centre in Bristol.