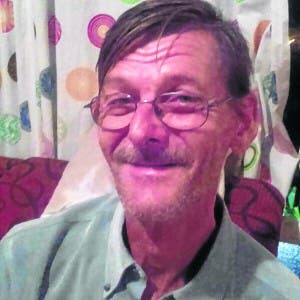 A GERMAN expat who used abandoned dogs to pose as a homeless man has been arrested for animal cruelty.

Frank Wegener (right) was arrested by Guardia Civil officers following complaints of 25 starving and abused dogs at his Estepona finca.

After a denuncia by animal rights group Mirada Libre Estepona, many of the 25 dogs have now been taken to Alhaurin’s El Paraiso dog pound.

Animal activists along the coast have long complained about Wegener, who ‘collected’ stray dogs and allegedly used them to beg for money outside supermarkets in Estepona.

“We denounced Frank after we were inundated with complaints about him and the dogs he was keeping,” explained one of the activists at Mirada Libre.

“When we visited the finca it was beyond our worst nightmares.

“The images of dogs starving on the brink of death, crawling because they didn’t have the strength to walk, have been imprinted on our minds forever.

Nine of the animals were immediately taken to a vet in Benahavis as they were in such a serious condition.

EXCLUSIVE: German Madeleine McCann suspect to be accused of a string of rapes and two child offence charges THIS WEEK