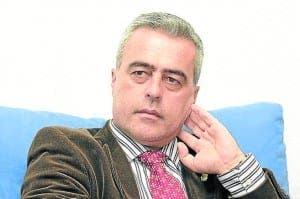 AN ex-mayor of Estepona has been grilled for eight hours over planning crimes, money laundering, bribery and embezzlement.

Antonio Barrientos who resigned his post before spending six months in prison in 2008, is one of the main political officials fingered in the 2007 Astapa anti-corruption investigation, which has finally come to trial.

He was accused of fiddling administrative records and urban developments made while in charge.

The case could continue until mid 2017.