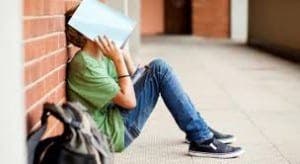 ONE in five young people do not finish school in Spain.

The Ministry of Education said that 19.7% of 18 to 24-year-olds left without having completed compulsory high school exams or an alternative equivalent qualification in the second trimester of 2016.

The figure is much higher than the 11% rate in the EU as a whole during the same period in 2015.

Last year, almost one quarter of young people in Andalucia had dropped out of school, the second highest rate among the Spanish regions.