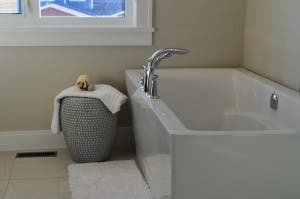 A 25-year-old Jaén resident is facing a 12-year prison sentence after allegedly bathing his five-month-old baby in boiling water.

The incident in 2012 left the child with second and third degree burns on 70% of his body.

The baby’s mother had gone shopping when the man allegedly decided to give his son a bath, pouring boiling water on the infant. The man’s partner returned home to find the baby severely burned and crying loudly, whereupon she rushed him to hospital.

The baby’s injuries took nearly a year to heal, and he underwent several rounds of surgery. He will remain permanently scarred.

The Public Ministry considers the man guilty of deforming his child and is asking for a 12-year prison sentence and a further 15-year ban on him seeing or contacting his son.

The prosecution has also requested that the man pay €180,000 in compensation, to be held in trust for the child.