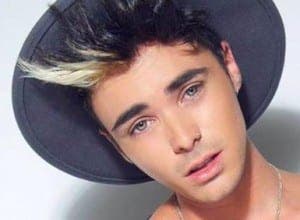 A HALF-British heartthrob is in the running to become Spain’s next Eurovision contestant.

Malaga-based Mario Jefferson, whose mother is English, is one of the six remaining singers who hope to become the country’s representative at the flamboyant 2017 event.

The 26-year-old pop star, who cites his influences as Mika and Jessie J, has beaten off almost 400 other entries to make it to the final TV selection showdown, in February.

If he wins he will compete against 42 other countries in this year’s contest in Ukraine, in May.

Cristina Hodgson - 27 Jan, 2023 @ 08:00
THE icy temperatures continue to dominate weather forecasts across Spain and much of Andalucia—with a new weather warning activated due to lows of -4ºC...