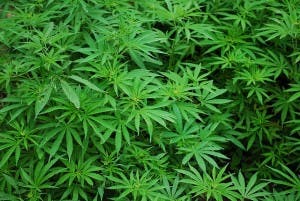 PARENTS of a one-year-old are being investigated after the baby swallowed cannabis.

The parents, both Spaniards in their twenties, took the child to the Quiron hospital in January, concerned that she seemed unusually sleepy.

It was only after other tests had proved negative that the father mentioned that he had been smoking cannabis while looking after his daughter.

A test showed that the baby had the drug present in her bloodstream.

Doctors think she could have swallowed the remains of a joint that was accidentally left within her reach.

The baby was treated and quickly returned to normal.

OUR MAN IN QATAR: First impressions of the first World Cup to be held in the Middle East