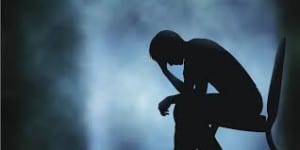 DEPRESSION is responsible for one in four sick days in Spain.

The condition was responsible for 24.4% of lost work days last month in the south European region, which also includes Portugal and Italy.

And anxiety was named as the reason a further 16.8% of workers took sick leave in the southern zone, part of the worst affected region for mental health-induced work absences.

According to the Instituto Hospital del Mar de Investigaciones Médicas,  which conducted the study, a total of 36.3% sick days in the region were caused by mental health issues.

George Mathias - 7 Jul, 2022 @ 16:30
ITALIAN emergency services have recovered the body of a Spanish man who fell from his death while climbing in the Dolomites.  The man, in his...

What does Boris Johnson’s resignation mean for expats in Spain?