TAXI drivers in Algeciras have said they are ‘fed up’ with pirates who take their business.

These ‘pirates’ are unlicensed drivers who take customers from registered taxi drivers, who have often been waiting for long periods of time at a taxi rank. 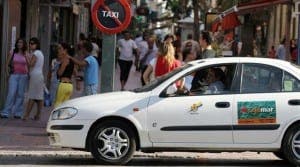 This comes after a registered driver was attacked by one such pirate while waiting for customers at a rank near the port.

The man allegedly suffered verbal abuse, and was then hit with an umbrella by the pirate.

The Radio Taxi Cooperative of Algeciras calculates that there are more than 100 such ‘pirates’ operating ‘like an organised mafia’ around the port area.