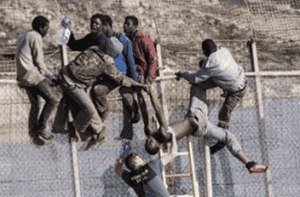 FEBRUARY has seen record numbers of migrants cross the Moroccan border into Spain.

This comes after the European Court of Justice challenged Morocco’s claim to Western Sahara in December, ruling that the region was not subject to EU-Morocco trade agreements.

Morocco’s agriculture minister Aziz Akhannouch has threatened that obstruction of Moroccan agriculture and fishing exports to Europe could result in increased migration.

“How do you expect us to do the work of blocking African and even Moroccan emigration if Europe doesn’t want to work with us?” he said in early February.

Helena Maleno, a migration researcher, told El Pais that migrants she had spoken to had experienced ‘fewer obstacles than expected’ on the Moroccan side of the border.

Spain’s foreign minister Alfonso Dastis has refuted claims that Morocco may be deliberately relaxing the border, saying that Rabat has been cooperating ‘impeccably’.