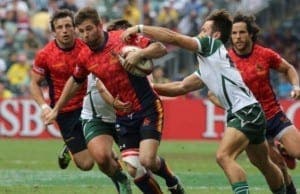 SPAIN’S rugby team are hoping to end a ten-year hiatus from the world stage by qualifying for the 2019 world cup in Japan.

Los Leones boosted their chances after climbing two places to 21st in the world rankings, thanks to a 16-6 win over Russia in the Europe Championships.

Despite their loss to Romania in Bucharest a few days later, Spain upheld their position on the table.

They have not played in the world cup since 1999, when it was held in Wales and won by Australia.

Next up is a world cup qualifier against Georgia in Madrid on March 4.