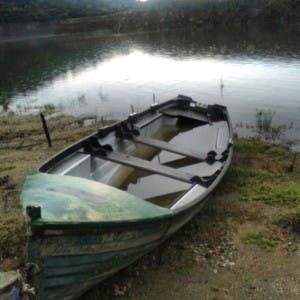 I’M thinking of chucking it all in.

After the widespread cull of some of my favourite icons – Bowie, Prince, Muhammad Ali-that was 2016-as well the Brexit and Trump votes, 2017 was supposed to be a belter of a year.

Although in all fairness, the run up and debrief to the European Union referendum did mean that I became the darling of any passing TV or Radio crew who wanted five minutes of what expats thought. I even ended up appearing on ‘Good Morning Britain’, Radio 4 and even Chinese State TV, which goes by the splendid name of CCTV.

And it’s probably not the first time that I’ve appeared on CCTV either, although if I am ‘The Voice of Reason’ for the expat population of the Costa del Sol then we are probably all doomed.

So I toasted 2017 with the best of intentions.

This was the year that I was going to overcome all the obstacles in my path, centre myself, work my way through the mountain of self-help books that have built up to mini Everest proportions in the corner of my study and generally ‘kick arse.’

Alas, the best laid plans of mice and men etc etc, and the first few months of 2017 have hit me with an opening salvo of red tape, bureaucracy and fines the like of which hasn’t been seen since the Turkish guns opened up on the advancing Light Brigade.

I always thought that if I was to be a bird, I would be a falcon – sleek, swift and dashing.

I now have the painful realisation that I am, in fact, a pelican.

Everywhere I look I am faced with a large bill.

Even, Tallulah, my late, not-very-lamented Freelander, continues to haunt me from the grave.

She has been sitting decaying gracefully in the poligono outside a garage while I try and sell off various functioning bits of her in my own Mad Max style.

Although she isn’t able to move, and is home to a family of black cats, I was blindsided by a traffic fine this month for ‘having an uninsured vehicle on the road.’

And then there is Brexit, where we are not sure when, where, how or what’s going to happen with our residency and rights.

But when it all gets too much, at least I can console myself with the fact that I can always take one of the boats, row out into the middle of the lake with a stockpile of canned food and wifi connection, and declare myself an independent offshore tax haven.