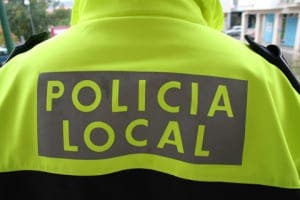 A BRITISH man is in intensive care after he was shot by Spanish cops as he tried to attack his ex-partner with a knife.

The unnamed 43-year-old received a bullet to his backside after ignoring orders to stop his violent assault in Albox, near Almeria.

He remains under police guard at La Inmaculada Hopsital in Huercal-Overa, where his condition has been described as ‘serious’.

His alleged victim, also a Brit, was unharmed thanks to the rapid police response.

According to local reports, the man had breached a restraining order to find his ex and try to harm her.

A Guardia Civil spokesman said: “He had managed to get into his ex-partner’s home and was waiting for her when she returned.

“He had a knife in his hand and was trying to attack her when officers arrived. They used their weapons after he ignored their orders to stop.

“He will be questioned when he is well enough but at the moment saving his life has to be the primary concern.”

A local source who witnessed the incident told the Daily Star: “Officers fired into the air to warn him off before having to shoot him.”

He was shot at four times, with at least one bullet landing in his backside, which required an operation to remove.