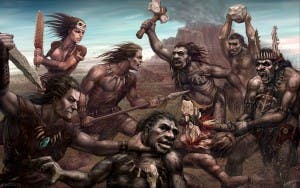 MORE than two dozen human bones found in a Spanish cave have unveiled the cannibalistic practices of the Mesolithic people.

The remains are covered in marks made from stone tools, fire and human teeth, suggesting that they were cooked and eaten.

Dating back to at least two different periods between 10,000 and 9,000 years ago, the remains were discovered among animal bones which had similar markings.

It is not yet known whether humans were killed and eaten as part of a ritual or funerary behaviours or as a result of food scarcity. 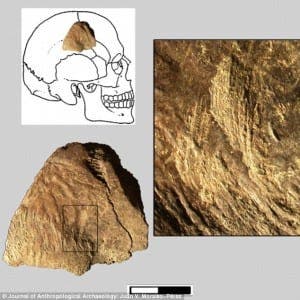 Published in the journal of Anthropological Archaeology, the study describes the strange markings found on 30 different human bones in the ancient Santa Maira caves in Alicante.
They include three cranial remains, which were traced to a ‘robust’ adult, a slim adult, and an small child or infant.
The team found the same lithic marks on both the animal and human remains – indicating the processes of disarticulation and defleshing – including tooth marks, percussion, and fire marks.

Human teeth leave double arch punctures, isolated triangular pits, and shallow linear marks that distinguish them from other predators, making the evidence conclusive.
Researchers said the behaviour is unusual as it has rarely ever been found in any other Mesolithic communities, while no evidence of the practice existing in the western Mediterranean. 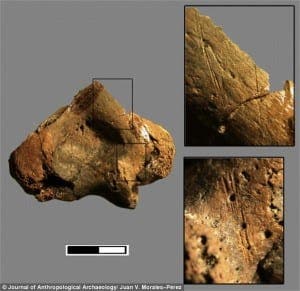 the broad spectrum of resources consumed by Mesolithic populations in the region,”the study said.

“However, the small quantity of human bones, their radiocarbon results and taphonomic history seem to suggest that anthropophagy in Santa Maira was an exceptional fact.”

They say the period of the remains was one of increased social complexity, meaning that burial rituals may explain the unusual behaviour.

Big extension in opening hours for bars and restaurants in relaxation of COVID measures for Costa Blanca and Valencia...

Spain’s new normal: How tourism must change in Barcelona post-Covid

WORLD EARTH DAY: Meet the schoolgirl cleaning up Spain’s Costa del Sol one piece of plastic at a time