CLOCKS will go forward by one hour at 1:00am on Sunday March 26.

Once it is complete, we will be back in Summer Time, and the days will stay brighter for longer.
A man called William Willett first suggested daylight savings time to avoid time being wasted in the mornings.

We now change our clocks every March and October.

Willett happens to be Coldplay frontman Chris Martin’s great-great-grandfather, and came up with the bright idea of British Summer Time back in 1907.
He spent decades trying to convince people to get out of bed an hour earlier in the spring to make the most of the brighter mornings, but he died just before it was brought in in 1916.
It was during the First World War at the time, and it was thought the change might help the war effort and improve the economy, and save fuel.

Germany first introduced the scheme on April 30 1916 in order to save fuel and give people more time to work in the fields and the UK followed suit soon after before it was universally adopted. 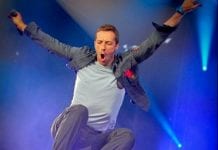 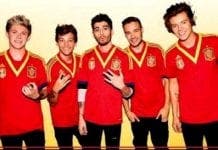 British musicians rocking around world, with One Direction favourites in Spain

Could Avengers’ Thor get floored by Spanish?