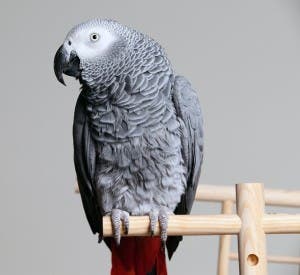 A SMUGGLED parrot has become a national star due to his popstar credentials.

Rufino, a grey African loro who was brought into the country illegally 25 years ago, has won accolades for by his large repertoire of songs and enviable dance moves.

Based in Jerez, his performances bring a smile everyday to the face of his owner, Manuel Saldana, who says he begins from the moment he wakes up until he goes to sleep.

“Each morning he sings the national anthem while his blind is raised while dancing before asking ‘are we going to eat now?’,” said Saldana.

“My dad was a Barcelona supporter and my mother taught him Jerez’s song to offset that. He started singing PP’s song because of my sister’s old boyfriend,” said Saldana.

“He also dances to everything, including Iron Maiden. He nods his head like he’s head banging.”

Rufino, who is believed to be around 40-years-old, is likely to broaden his act, given that he could live until he is 90.